Beverage Marketing USA, Inc., announced today that it is importing a caffeinated Mexican brew; MODO's Cerveza CHANGO(r), for the Hispanic beer market, already popular in Mexico it can be found on the dusty side streets, where locals serve it up with a slice of lime. Cerveza CHANGO is the first tequila-flavored beer produced by Cerveceria MODO S.A. de C.V. for export, and has only 100 calories per 8.3-ounce can, and 6.3 percent alcohol by volume with a shot of natural caffeine. 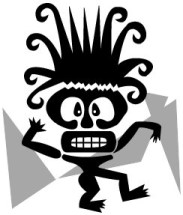 "CHANGO beer is delicious and taste like an imported European beer, but instead it gives you that extra shot of caffeine," said RenneZ Godden-Gonzales, a part time actress and resident of La Jolla, California whose on screen credits include the hard-edge drug thriller TRAFFIC, staring Michael Douglas and Catherine Zeta-Jones. Recently she tried the caffeinated Mexican brew out of curiosity. "It won't slow you down," she said. "It makes you feel refreshed and alert, and not so over-clocked and wired, the way you get when you empty too many cans of Red Bull and Absolut." said Godden-Gonzales.

"MODO prides itself on its commitment to innovation for the growing Hispanic population in the United States, Cerveza MODO is enjoyed by adult consumers across the country and in Mexico," said Francisco Paco Jimenez, President of Cerveceria MODO. "Our Cerveza CHANGO con cafe’na in the seductive slender energy drink can is very attractive to the young modern female consumer wanting an alternative to Red Bull and Absolut." said Jimenez.

MODO beers are the result of time-honored brewing technology that ensures that every cerveza is fire brewed in small batches, with the highest quality ingredients in a state-of-the-art brewery. MODO has a smooth tequila taste and aroma, created by combining super-premium 100% agave azul tequila, produced in the Jalisco region of Mexico, with natural exotic mango fruit juices to form a superb tequila-flavored beer.